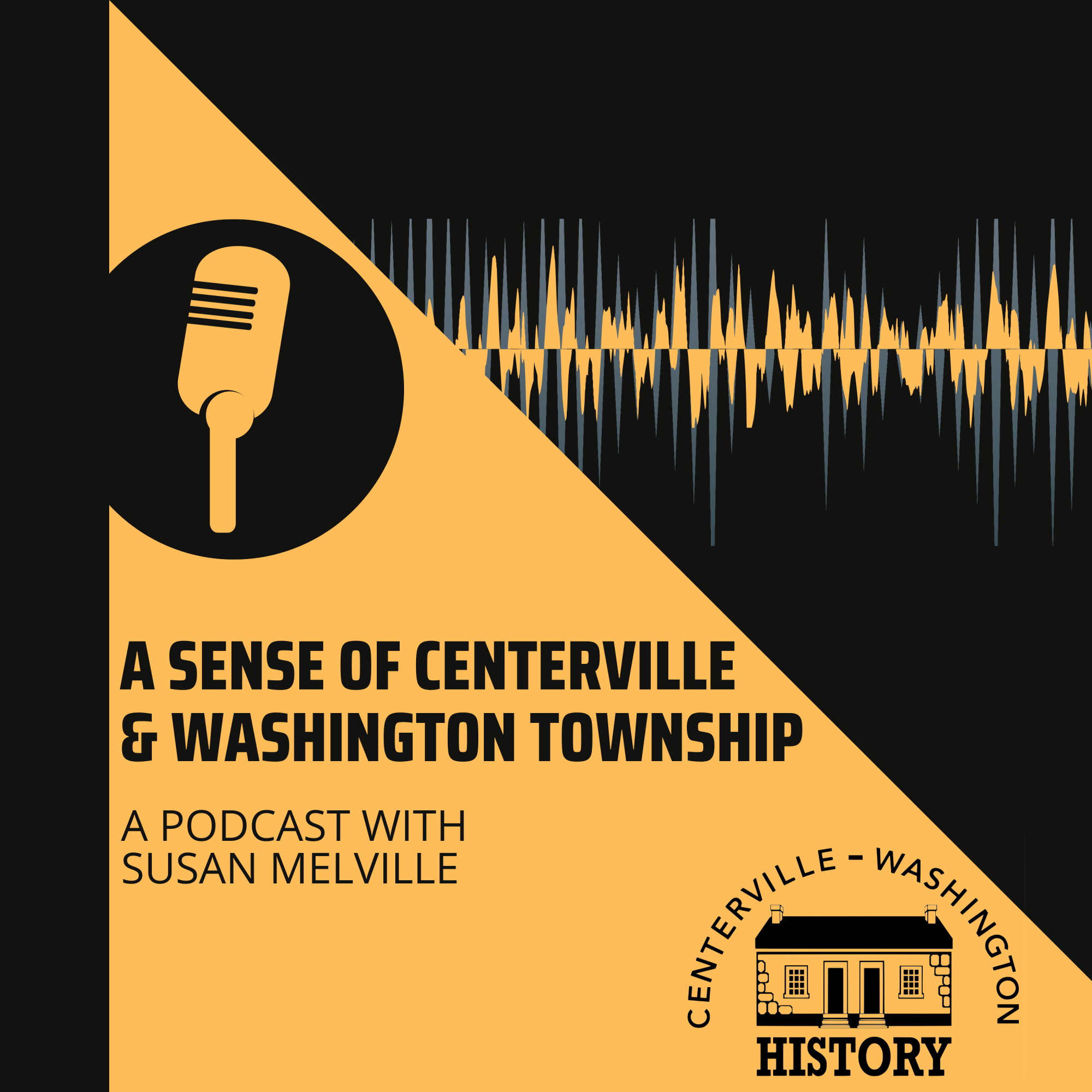 A Sense of Centerville & Washington Township

Bringing you the stories of ordinary and extraordinary residents and places in the Centerville and Washington Township area. Hosted by Susan Melville from the staff of Centerville-Washington History.

Season 1, Episode 2: Guest Robert Thobaben
Susan inverviews Robert Thobaben, a long-time Centerville resident, who recalls the start of World War II and describes his role in the 111th Infantry in the Pacific Theater. He talks about his career as a professor at Wright State University and his opportunity to travel throughout the world. Staying active and engaged throughout his 98 years of life, Robert shares some of the wisdom he has learned over the years. (Recorded March 2022)

Season 1, Episode 4: Guest Martha Boice
Martha tells Susan about her interest in the early stone buildings of Centerville and the process of discovering the stories that we read about in the book, "A Sense of Place." She talks about learning how to do research and how her curiosity helped her to do hard things.  Her passion for the buildings helped to preserve them for future generations to enjoy and learn about history! (Recorded May 2022)

Season 1, Episode 5: Guest Charlotte Melville
Seventeen-year-old Charlotte shares her experience living through the pandemic, growing up in Centerville, and her memories of Centerville-Washington History's Summer Youth Programs. This episode also discusses the Centerville High School Band and favorite places and programs in the Centerville and Washington Township area. (Recorded June 2022)

Season 1, Episode 6: Guest Janet Watkins Black
Janet Watkins Black, a 6th-generation Washington Township resident, shares about growing up with her parents and grandparents on a 180-acre farm near Sheehan and Nutt Road. Janet taught 3rd grade for the Centerville School district and then worked at St Leonard Senior Living Community as an activity coordinator. She has been active in the community through Centerville-Washington History, Centerville Women’s Civic Club, and Normandy United Methodist Church. (Recorded August 2022)

Season 1, Episode 7: Guest Laura Zipes
Laura Zipes is Centerville-Washington History's 2022 scholarship winner. This extraordinary young lady has demonstrated athletic talents and leadership abilities as a very active member of her school community. Laura is also very active in the community working at Dunsinane Swim Club, volunteering at SICSA and tutoring other students. Laura plans to major in Secondary Education at Miami University in the fall. Enjoy this promising young adult perspective on our community as she shares about her high school years paralleled with a pandemic. (Recorded August 2022)

Season 1, Episode 8: Guest Bill Gaul
Bill Gaul, retired Washinton Township Fire Department Chief, shares about his life in the local area having moved here when he was a student at Tower Heights Middle school. He graduated from Centerville High School during a time of growth and change. Bill joined the Washington Township Fire department as a volunteer firefighter in May 1979. After nearly 40 years of service to the department, including 11 years as chief, Bill retired in 2018. Retirement is still busy for Bill, who is on the board at Centerville-Washington History and helps to care for his grandchildren. (Recorded October 2022)

Season 1, Episode 9: Guest Richard Diaz
Richard Diaz works as a Community Coordinator at Miami Valley Communications Council (MVCC). Founded in 1975, MVCC is a municipal communications and technology organization representing eight communities in the area including Centerville. Richard shares about the involvement of Centerville-Washington History with MVCC over the years and the shared mission of preserving history. He describes the many resources that MVCC has to offer to the community. He also relates how he found himself involved with community access TV and why he made Centerville his home.  (Recorded November 2022)