Woodbourne: A Sense of a Manufacturing Legacy

Woodbourne, an area northwest of Centerville, has a mysterious, fascinating history. Once a thriving hub of technology and progress through the early and middle 1800’s, Woodbourne eventually became a ghost town. In its final days, it reverted back to farmland until it found its destiny as a beautiful, peaceful subdivision by the late 1950’s. What was the draw to this land? It was a strong water source, Hole’s Creek.

The founder of the Woodbourne area was also the first settler in Washington Township. Dr. John Hole, a Revolutionary War veteran, deliberately chose to settle along the rushing waters because of its industrial potential. He built two sawmills and envisioned the future town of Woodbourne. From 1803-1810, he actually platted it out; he died in 1813. The town was officially registered in 1817 by the Farmers and Mechanics Manufacturing Company of Centerville.

Main Street was located between the two S curves on Whipp Road, and Race Street was south of that, closer to the creek. At the heart of this community were many local captains of industry, investors, and manufacturers… dreamers who saw potential and opportunities.

Discover mysteries and see gorgeous textiles produced during the early days of Washington Township. Learn about the people who took a chance, supported new ideas, and believed in the power of Hole’s Creek to lead them to wealth and prosperity. Also, find out exactly how their dreams ended with changing times and a quirky, cruel appearance by Mother Nature in 1850. 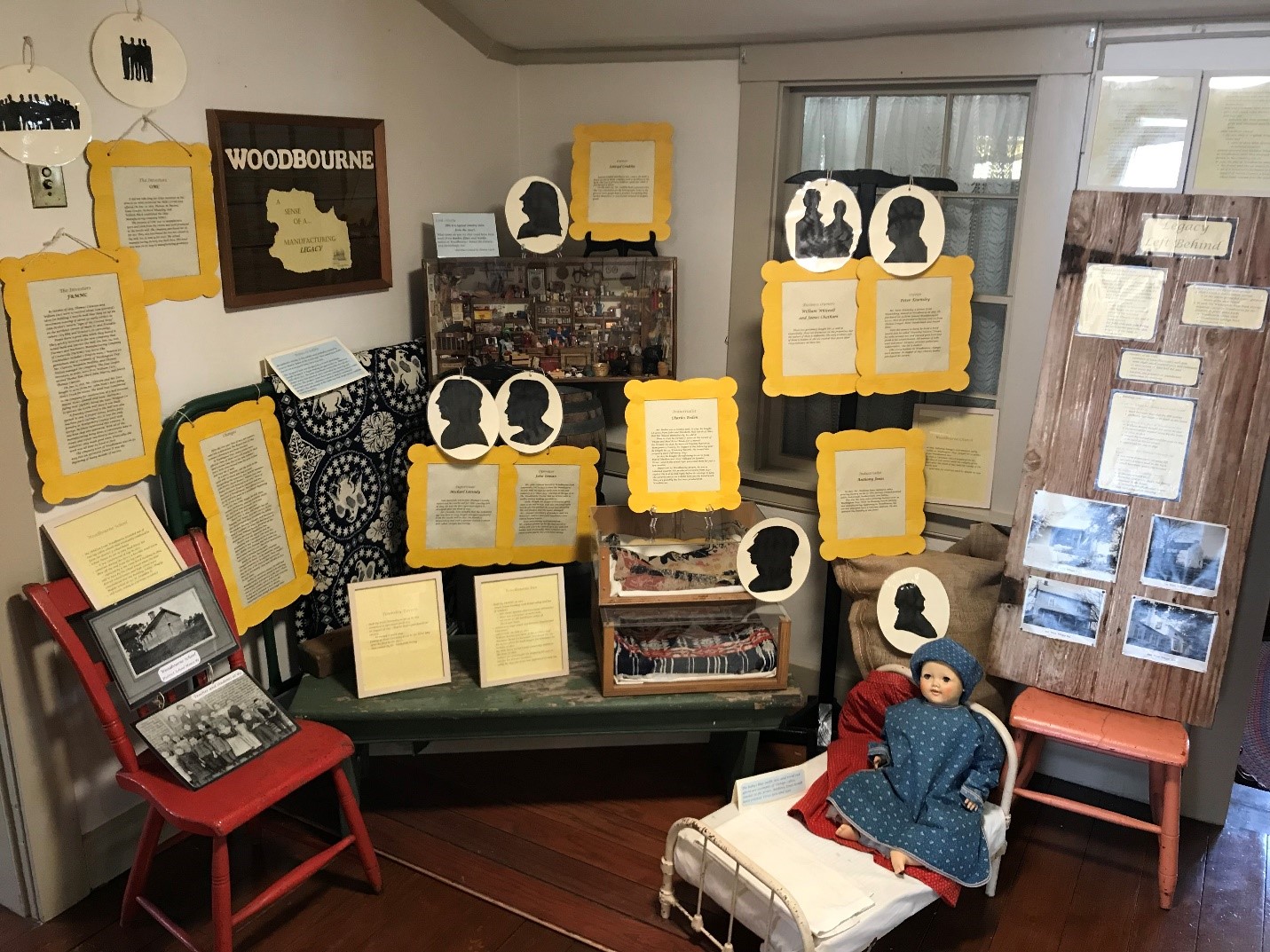 The exhibit itself is created in two “layers.” First, the biographies of some of the important men from Woodbourne are prominently displayed; they tell their own stories. Second, there are quick glance lists and facts along with authentic artifacts. Through it all, the excitement, passion, toil, and angst of the times reveal themselves 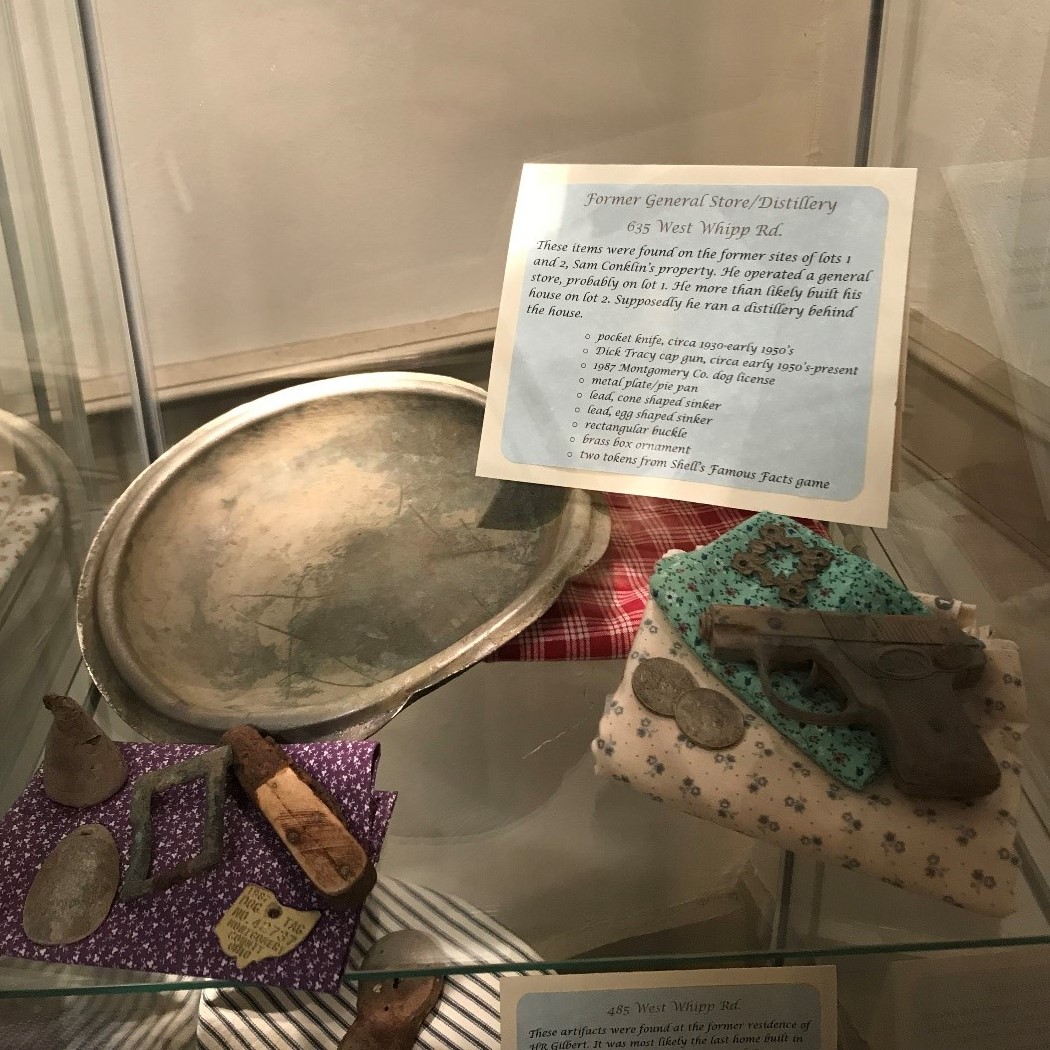