An old-fashioned country doctor in the best American tradition, Dr. Dudley Keever practiced medicine at the northeast corner of Main and Franklin Streets for 63 years.  His residence and office were located in a Victorian house, where City Barbecue now stands and is perhaps the fifth building on this site.  He faced his counterpart, Dr. Charles Slagel just across the street.  (He was profiled preciously in the "The Curator")

Dr. Keever served his patients as physician, surgeon, dentist and pharmacist, traveling throughout the community by horseback, horse and buggy and in later years by automobile.  His pay was often in produce, meat or commodities.  His son told this story to me; "Father went on a labor case north of town and stayed the night, as was often the case, until the baby was born.  As he was leaving, the new father pointed to a skinned rabbit in a crock of salt water on the kitchen table.  'There's your pay, doc.' he said."

His auto driving frightened many.  Backing out of his barn, he revved up his Chrysler and children in the neighborhood scattered.  When someone reminded the doctor that he had run a red light which was newly installed in the center of town, his son remembered him replying, "I came before traffic lights!"

He lived to be 93, one of the most revered men the community ever knew, and in later years recalled that at the age of 30 he had been refused life insurance because an examiner said he had a "bad heart."  The Medical Society tribute to him read: "A peaceful man of Quaker parentage, in his full strength, he gave himself over a wide area in all kinds of weather.  A rugged good-humored man, he achieved a record, which is truly a medical saga." 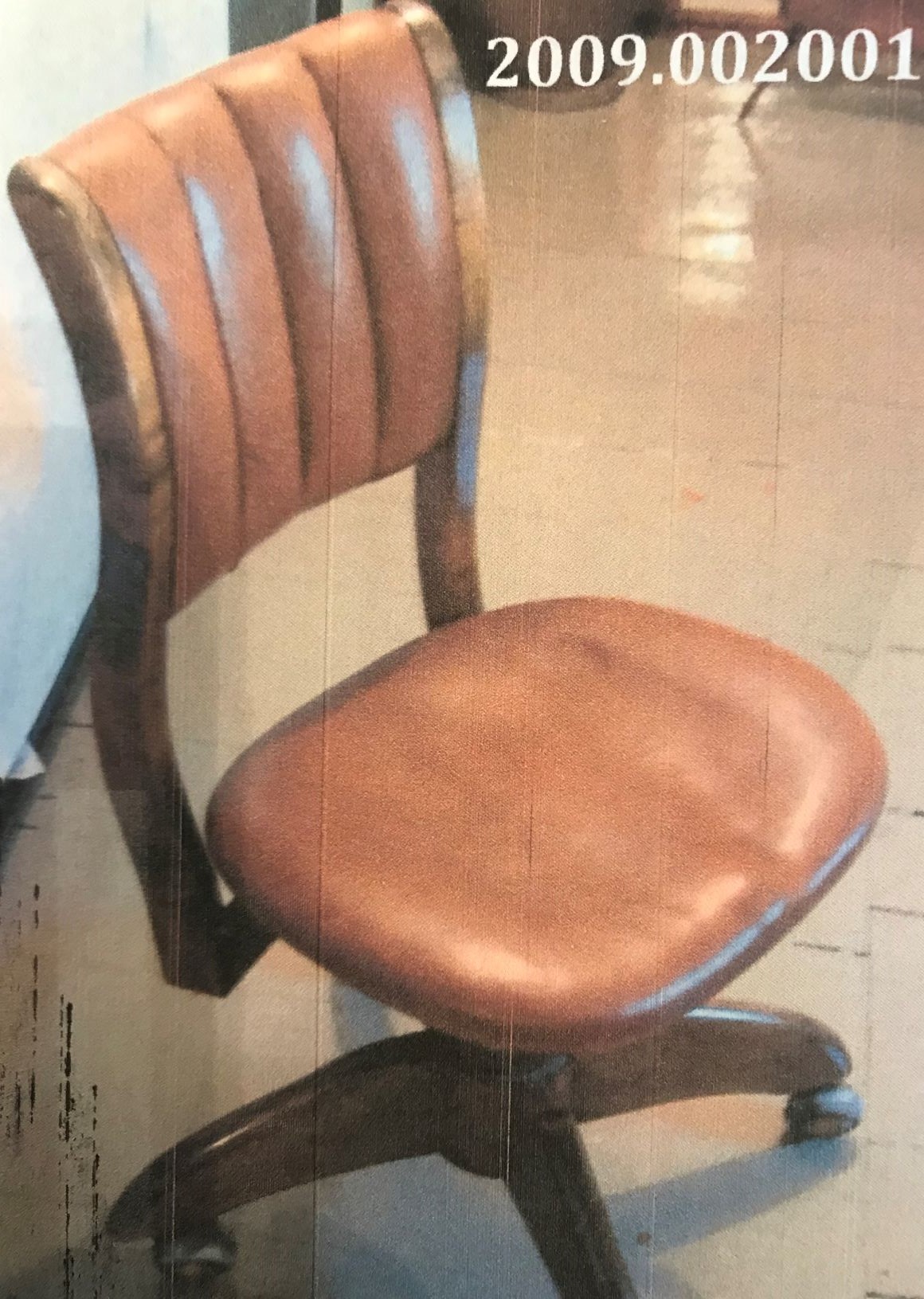 Isn’t it fun to make a discovery? As bits and pieces of our history come out of our archives here we make discoveries about people and places every day. During January a donation to the Society had us digging into the files and learning about an outstanding citizen in our community that many newer members may not know about.

At that time we received an unusual chair of leather and wood with wheels on the legs. The note which accompanied it stated that it was Dr. Keever’s desk chair. We had several references in our files about Dr. Keever, in relation to a house which had been at #2 North Main Street many years ago. However, we realized we knew little about the man and were eager to learn more.

In 1859 Dudley Keever was born on a farm in Ridgeville, Ohio, where his great-grandfather had settled. Dr. Keever’s parents were Quakers, and his father, Moses, was also a doctor. He served the people in Ridgeville and Springboro starting in 1836, so Dudley saw his father going out every day with his black bag. In his early years, Dudley went to one-room schools and we can imagine that by the time he finished, he decided he would like to become a doctor, too. In Springboro there was a Miami Valley Institute, mainly run by the Quakers, so Dudley next went there. By 1884, he graduated from the Miami Medical College in Cincinnati, which later became part of the University of Cincinnati.

Dr. Keever began his practice in Springboro and while working there he met and married Ida Wright, also a Quaker. Our records show that in 1890, Dr. Keever moved to Centerville. He and Ida settled in a house on the northeast corner of Franklin and Main Street. They had two sons, Edward and Wynne. The doctor practiced in a small, one-story office which was attached to their Victorian house. Patients came to him for all their ills, including the pulling of teeth. He made house calls with his horse and buggy, just as his father had. In 1902, the township trustees hired Dr. Keever for $75 a year to “perform all surgical work and medical services to the poor of Washington Township.” The doctor was a physician, surgeon, and a pharmacist as well. For many years -- with no drug store in town -- he mixed his own prescriptions. Often he was paid in produce or meat from the farm. He worked long hours and, if necessary, he stayed overnight with a patient.

In 1939 the Journal Herald newspaper featured the doctor in an article titled “MAY WE PRESENT…Dr. Dudley Keever, Country Doctor.” He was asked if his practice was easier now, and he replied:  “Yes, yes, much better. In the old days, a call would come in the middle of the night, and I’d have to go out to the barn and get the horse out and harness him and drive over usually impassable roads to a sickbed.” By that time the doctor was driving a car, although many in his neighborhood thought he was in too much of a hurry. His son, Edward tells the story that someone reminded the doctor that he had run the red light, newly installed in the center of town, and Dr. Keever replied:  “I came before traffic lights!”

In 1940 Dr. Keever was honored by the Montgomery County Medical Society as the physician with the longest service to patients in the county. The program chairman, Dr. Austin felt he was “symbolic of the family physician who has been the bulwark of medicine in its great development.” He continued to practice until 1946, when he was 87. In 1953 Dr. Keever passed away, but his memory lives on, and we are pleased to honor him by keeping his chair.