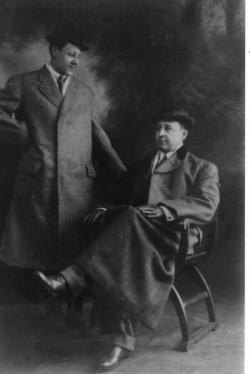 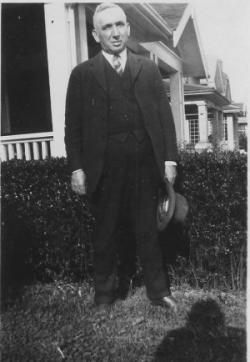 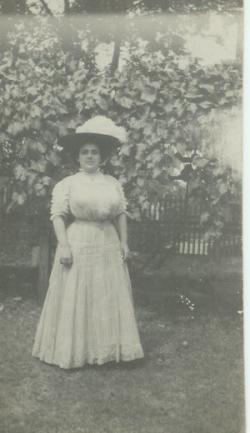 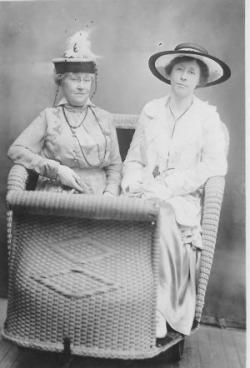 William owned and operated W.E. Walton's Boot and Toggery Shop, located in the arcade in downtown Dayton.  Established in 1903, William's business was ruined with the 1913 flood. 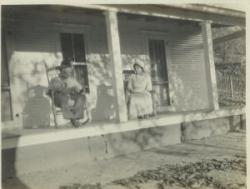 William became a farmer.  He farmed Hole's Creek Farm in Washington Township from 1914-1918.  He then farmed 150 acres in Greene County known as the Justin Austin farm, one mile north of Bellbrook on Bellbrook-Alpha Pike. 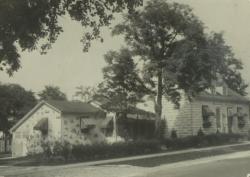 The Walton's purchased the stone house at 89 W. Franklin St. in 1927.  The property was originally owned by Benjamin Robbins, one of the founders of Centerville.  His sold the land to Henry Reese, who built the house in 1838.  There were many owners over the years and the four-room home was well taken care of.   The Walton's added four more rooms, matching the exterior as closely to the original building as possible.  They took down the partition in the original house, transforming the space into a 30-foot living room with fireplaces at each end.  They preserved the old chair-rests and wallpapered the walls with period style paper, the dining room using the same found in the George Washington home at Mt. Vernon.  They filled their house with antiques which were diligently researched for authenticity by Mary.  The home attracted curiosity seekers and art lovers who would stop by and ask to inspect the grounds and the interior of the house.

Edith took her love of music and her civic-minded nature and created the Deeds Carillon Bells.  She planned and supervised the arrangement of over 400 musical selections to be played on the bells.

Moses and Edward Walton laid out the plats for Spring Valley in 1842.  It was a small settlement called Transylvania, established in 1803 on the west bank of the Little Miami River.  When plans for a railroad to be built on the other side of the river were announced, they moved the town across the river.